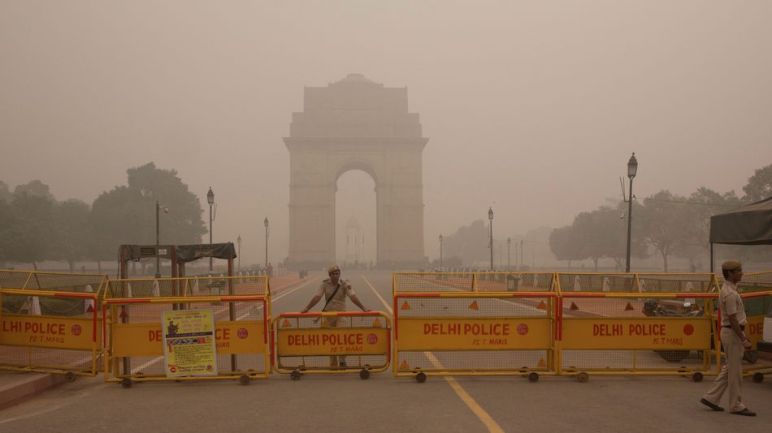 The country is talking about smog. In our childhood, we hardly had heard the word smog which is today the most talked about topics in our country. Smog- which is combination of Smoke and Fog is a cost which every major city in the developing world has to face and today our national capital is witnessing it like never before.

Delhi is covered with dark clouds of filth and poison leaving people gasping for breath and masking themselves, putting 17 million people to asthma, heart disease, stroke, and even cancer. Delhi is often cited as world’s most polluted city, causing thousands of deaths in a year. The type of air pollution in question is known as coarse particulate matter. Increased levels of this kind of serious pollution is linked to construction material in air, desert winds and farming fumes along with vehicular emissions and other pollutants. The air quality of the city is found to be 42 times above the safe limits. These shocking figures have resulted in cardiovascular illness and mortality especially in senior population. Harmful air pollutants like these, which are coarse than other pollutants can cause cardiovascular diseases such as artery blockages leading to heart attacks.

In Indian capital, elderly people or people with heart disease are experiencing chest pain, palpitation, shortness of breath and fatigue. Reason behind this is particle pollution, which has long been associated with cardiac arrhythmia and heart attacks. Such pollutants enter the human body and cause irritation to the lungs and blood vessels around the heart.  The combination of harmful nitrogen oxides and fine particulate matter can disturb the heart rhythm. There is clinical evidence that clearly indicates the deleterious effects of ambient air pollution on health and its relation to heart disease and stroke. Lack of blood flow to the heart or heart muscles causes a conductivity change, called an “ST-segment depression”. These can be detected in electrocardiograms, when tested.

Precautions Can Help Heart Patients if they adapt these pro-active approaches:

We all are suffering due to the adverse effects of the Capital’s pollution. Why just the National capital but all major cities in India are in clutches of Heavy pollution leading to increase in number of deaths every year. We urge that the need of the hour is to take our Health in our hands and be proactive in measuring and monitoring rather than just curing.

We are a strong team with mix of Engineers, Doctors, Marketing and Sales, Testers, Cloud developers, Mobile application experts, Hardware and firmware designers